Very first try 3 years ago with South Beach diet was successful lost 20lbs,wasn’t ready for the time commitment and had next to no support at home. Quit after a few months regained 20lbs and 10 more…

Felt like crap health wise, felt disgusted with my body. Depression was setting in. Started with something Called Take Shape For Life which used medifast meal replacements for 5 meals and then you prepared 1 lean & green meal,800-1000 calories (if you were really active up to 1200 kcal).  I did this for 3 months before I just couldn’t eat the fake disgusting meal replacements anymore, not to mention it was super expensive.  During these 3months I lost 30lbs.  This is where I was first introduced to ketosis

(Feb2014-April2014)
further research led me to LCHF and so I transitioned out of the medifast meals into real whole foods but LCHF(low carb high fat)…   I did a lot of my own reading and learning here. Got a blood/ketone meter and went about testing levels.  I could not seem to get BG below 100 and generally was around 115-120.  Ketones were high over 2.0 most days. I was confused by this because a lot of what I was reading was that you needed to keep BG low in order to get ketones that high.  So I reached out to Jimmy Moore in order to see if he could offer any guidance, and what I got was a product referral.  So I purchased some Glycosolve and as long as I was taking it, it kept my BG around 70-80. But if I stopped taking it, BG went right back up.  The supplement was on the spendy side so I eventually quit taking it when the bottle ran out.  My ketones were high so I stopped worrying about BG.  However during this whole 3months I didn’t lose any weight at all. So I started paying attention to someone I had run into on the old LCHF facebook group Raymund Edwards, and started to raise protein and lower fats.  And started losing again.

(May2014-September 2014)
So started paying more attention to protein and the studies and information that Ray was sharing.  I again changed the way I was eating:

so I dropped 4 pant sizes.  My focus really changed from the fat part of ketosis to getting in a healthy amount of protein to support metabolism and gaining optimal health.  It was during this time that I learned from Ray about physiological insulin resistance. Which when you are low carb your muscles get insulin resistant in order to save glucose for the brain, and your muscles use fat and ketones for energy.  Also learned that it is the flux (or up and down) that is more important than the actual BG number.  So in other words if your blood sugar is stable with little movement up and down then it is fine, then someone who gets lows and highs.  At some point about a month after upping protein and lowering fat I decided to go back and test blood glucose..  It was in the 80’s!!  So all those months of high fat did not drop my blood sugars, but a month of higher protein and lower fats did in fact lower my BG!!

(October2014-Now)
It was during this time that I had become interested in lifting weights.  I made my son drag my step-daughters weight set out from the barn into the basement. I played around aimlessly with them for about a month.  Then I was lucky to bump into the other person who has made the biggest difference in my weight loss and health goals,Brian and his group It Starts in the Kitchen & Ends in the Kitchen! He got me set up with an organized lifting plan, which I am still using and going very well – now 3 months in, and we chatted about diets and macros and shared some info back and forth!
Macros changed a little bit added some carbs like rice and sweet potato,stopped Intermittent Fasting, started eating more often and just more. I actually gained about 7lbs up to 150lbs but went down to a size 2 pants and small tops!

I have completely fallen in love with lifting and anyone that knows me well shouldn’t be surprised as I have always been very much a “Tom Boy” never shying away from doing daring “boy” things! Never ever got into dolls or dresses LOL!  Still prefer jeans, but getting harder to find one that fit right with growing legs, and shrinking waist!  Anyway after a year of self study and reading everything that Ray provided I have a very good understand of the metabolic state of ketosis.  And now I am in unfamiliar territory with adding some carbs back in and it has kinda been a struggle not only to make sure I am not losing ground with all the progress I made over the last year cutting them out, but to actually eat more calories.  After “cutting” for a year and being in a calorie deficit the whole time it has been a real mental rework to change that. Kind of feeling lost and have again taken to learning what I can, however there is so much information out there sometimes its hard to know what is the best information.

So my goals have changed.  I abandoned my goal weight of 130lbs, as I don’t think I will see it. And that is fine; I have changed to a body fat % goal instead. And also I set a goal of competing in 2016. Right now I am set on just increasing lbm and training hard.  Come about march I would like to go back to actively trying to shed the last of the fat and getting down to around 15% BF this summer, and then see where I am at and go from there.

Now I feel great about me!  Way more confidant, wonderful about how I look and have never felt better.  Looking forward to what the future holds!

As i started increasing carbs i saw an instant improvement in failure/strength/recovery. Kept leaning out first few months, then water weight started going all wonky. At one point I looked pregnant, and i was reduced to tears a few times! I had a weight gain of 23lbs over 4-5 months up to 166lbs and went up a pants size. Cravings toward the end were horrible and i had a hard time going longer then 3 hrs between meals. At one point I stopped tracking all together because i was discouraged.

Several times i tried to lower carbs and id drop some water weight but then my lifts suffered. I was miserable. I was counting the days until my planned cut & dreading it at the same time. Wanted to drop weight but didn’t want to feel like crap!
Then I thought WTH, and tried TKD(targeted keto diet). Im not going to lie, the first week was rough. Strength stayed solid but i was so SORE! Sore like I was when i first started. Also at this time I switched to 3 meals 5 hrs apart. It was a real struggle, some days I was chewing a pack of gum a day to keep from snacking between meals.
Now starting 4th week (time is just flying by) of TKD and im LOVING it! Im back in a groove again! Recovery feels normal making strength gains in the gym! Now it is effortless to 5hrs between meals (no gum needed) and 14hr+ over night fast.
Im feeling optimistic again that I can indeed drop the fat i want & get to 15% body fat without feeling miserable. Also in the last 3 weeks I have increased kcal from approx. 1700-2100/2200 kcal. I am ready to start cycling kcal and am excited for the next few months & the changes that will come. Down 12lbs to 154!

I’m truly honored every time someone says I motivate or inspire them!
I have done a LOT of self study over the last year & a half. There have been some key people who have made a tremendous difference to mt journey …. Raymund Edwards & Optimal Ketogenic Living (importance of protein & a greater understanding of keto & nutrition in general) & Brian Walker (training and some diet).
And now I find I need to add another to my thankful for list. Knowingly or Unknowingly Luis Villasenor you & KetoGains has had a tremendous impact on thus latest leg of my journey! Thank you!
These three have been a big help in my success!
Thanks to everyone who read all the way, I know its a long post! Every struggle has led to a greater degree of success!
If something isn’t working don’t be afraid to change things.

Now after almost 7 months of weight training, I’m back to eating at a deficit to lose the last of the body fat & get down to 15%. I am employing several levels of optimization to my meal plan and its going well! I am down to 148, that is 5 lbs away from my lowest weight before lifting at 143. I’m excited that i just may break into the 130’s after all. Everything is so exciting right now! 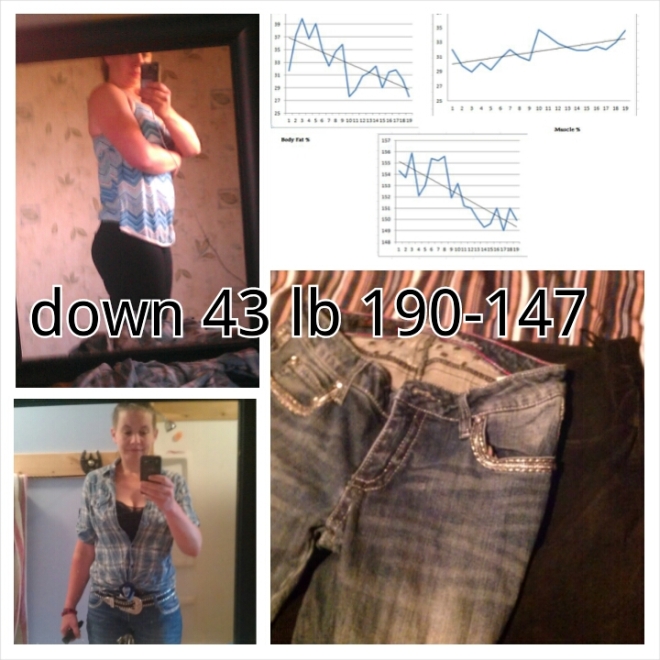 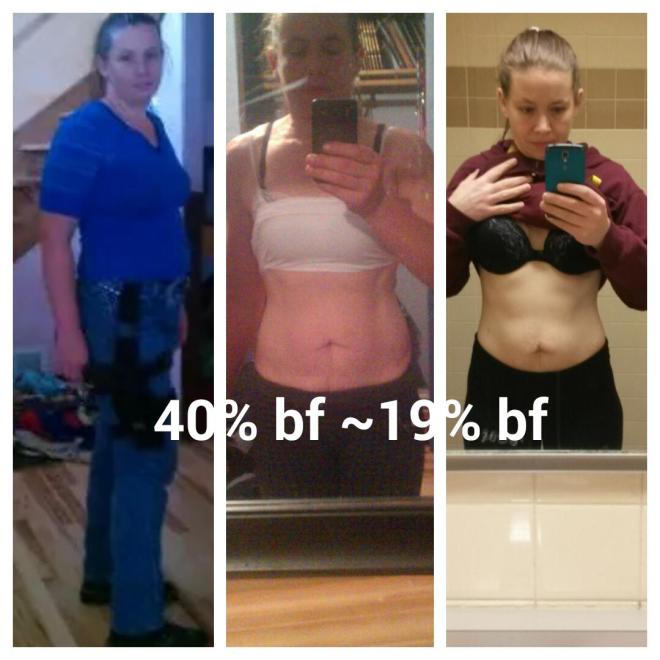 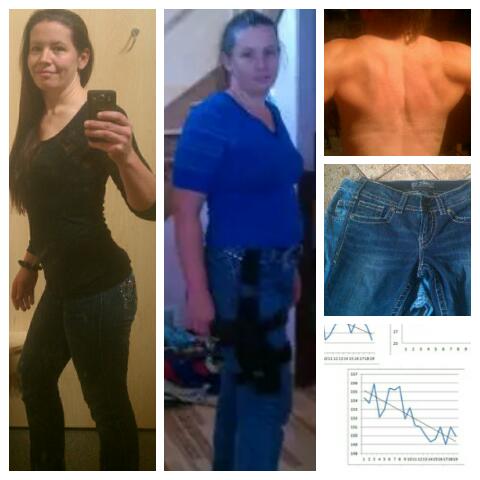 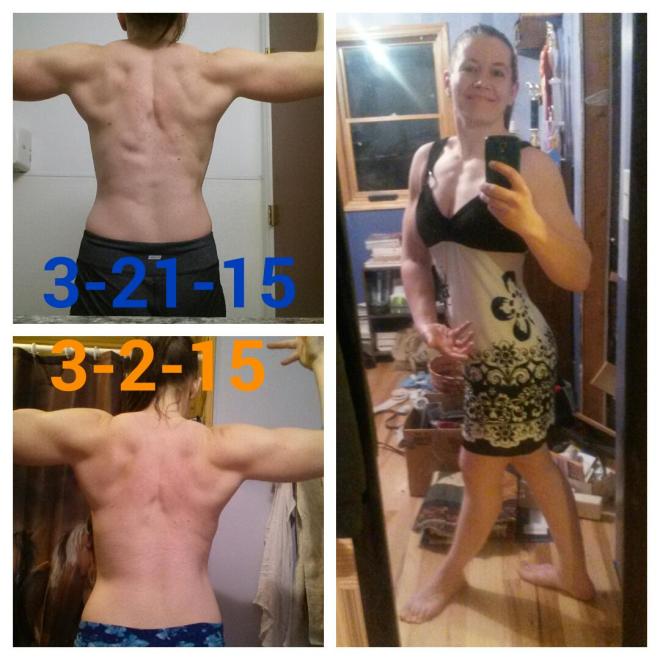